In the Heart of Tenleytown 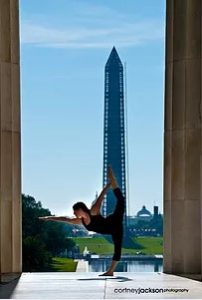 Debby has been a hot yoga instructor in and around Washington, D.C. since 2003. She is trained in Bikram and Vinyasa styles of yoga, and is grateful for all the teachers she has studied under. Debby believes in yoga as a therapy to heal the body from injury and chronic disease, and to heal the mind from stress and anxiety. She motivates students to find greater awareness, presence and a deeper acceptance of themselves on their mat, so they can find more joy and satisfaction off their mat. Debby is honored to be able to share the gift of yoga with so many people.

Maggie is a dedicated yogi and guiding force at Haute Bodhi Hot Yoga. She assumed the role of owner and community steward in 2016 and has brought many exciting new classes, workshops and instructors to Haute Bodhi. Maggie started practicing Bikram Yoga in 2009 at the urging of many friends who promised that the practice could alleviate the pain she experienced in her knees and back. The practice quickly began to change her body and mind, and only two, short years later, with healthy, knees and back, she headed to LA for Bikram Yoga Teacher Training. The intensive 500-Hour certification was a challenge that allowed her to delve deeper into her practice, and also begin to let go of many emotional blocks she had held onto since childhood. Maggie has been teaching Bikram Yoga consistently since 2011. In 2015, Maggie began a new yoga journey and became Bhakti Flow certified with her teacher Gopa Rusty Wells. She continues to train with Rusty and the Bhakti Flow family. Always open to learning new movement modalities, Maggie certified in Inferno Hot Pilates in 2016 and Buti Yoga in 2017. Maggie is approachable and a great listener. Having experienced miraculous healing through yoga, she can easily relate to many types of physical and emotional trauma. Feel free to reach out to Maggie, as she is always happy to assist you on your yogic path. 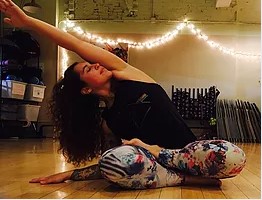 A series of unfortunate events led Shadia to her yoga journey in 2013. After losing her job, she was hired at a Bikram Studio (Pure Om) to work the front desk. Having never done Bikram before, she pushed herself into a 30-day challenge and was forever changed. Shadia attended Sterling Teacher training in the fall of 2015 (while pregnant!!) and now currently holds five more certifications, including Pure Power, Hot Pilates, Hot Barre and BUTI Yoga. A lover of music, theatre, bad decisions and whiskey, Shadia loves nothing more than to dance and laugh. At home, she has fun spending time with her life partner, Jesse, and their hellaciously adorable little girl, Lailani. 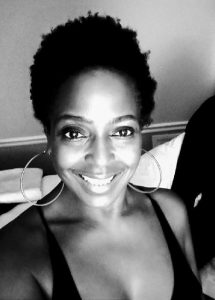 Allison began her Bikram Yoga journey in 2006. The heated practice came highly recommended by peers and Allison immediately fell in love with the 26&2 method. She recalls a desire to teach it after her very first class! After suffering a bruised coccyx and compression of the vertebrae and thoracic spine stemming from an accident on a metro escalator, Allison decided to take her healing into her own hands and committed to her Bikram Yoga practice. Through her dedication and hard work on her mat Allison healed herself, losing 35 extra pounds, overcoming physical stagnation and emotional toxicity. She regained full range of motion of the spine and her life and body were transformed by her consistent, dedicated practice.

Allison attended Bikram Yoga Teacher Training in the fall of 2014 in Thailand. In 2016 Allison competed in the senior division of the USA Yoga Asana Championship where she placed 1st in Washington DC and placed 6th Nationally! Allison believes in the healing and transformational power of Bikram Yoga and is a practitioner for life. Allison wants you to know that “I know what Bikram Yoga has the power to do when you decide to become an active participant in your own rescue”! Feel free to reach out to Allison with questions about the practice she loves. 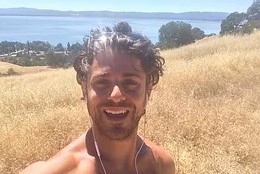 Max started practicing Bikram Yoga when he was 15, right around the time when his beautiful mother, Elaine, started teaching. At first, he wasn’t much into it, but over the years, he became progressively more interested. In college, Max studied kinesiology, and became fascinated with the inner workings of the human body, especially how it can adapt and become stronger with continual exercise.  After graduating college in 2010, Max went off to Bikram Teacher training, and has been teaching ever since.  From 2011- 2014, Max trained to compete in the USA Yoga National Asana championships and ended up placing in the top 10 a few times. Competition training was fun, but left Max with some interesting chronic tension/pain issues and a couple of injuries. Looking for relief, Max developed a hardcore interest in proper alignment and safe yoga practice.  In 2014, Max began studying the Rolf method of Structural Integration, which is a form of fascial bodywork that systematically realigns and invigorates the entire postural system (“postural system” is a way of explaining how one’s body is aligned, how efficiently they move, and how they carry themselves).  Recently, Max has been having a blast with infusing his teaching with new information, and has become particularly fond of the idea of asana as therapy — not just for the body but for the mind and emotions as well.  Practice mindfully, tune in, ask yourself why you choose to practice asana. If you do not enjoy your practice, what is the point of doing it? Breathe, relax, enjoy the joys of your life. Max deeply loves each and every one who he has had the privilege to teach over the years, and is particularly grateful and thankful for Maggie for carrying the leadership torch from here forward. 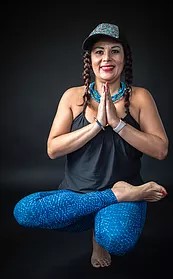 Alba’s path to yoga began as she was looking for alternative healing methods for her spinal cord injury due to a car accident that happened ten years ago. She was in an extreme amount of pain and had no flexibility in her spinal cord. Her doctor stated that she should go in for surgery, but she would still not regain 100-percent functionality. She took Bikram Hot Yoga classes and found that her spinal cord injury was healing. Alba knew firsthand the benefits of yoga and wanted to begin a journey to help others strive for their positive inner and outer health. With her medical background — she has earned a Master in Public Health from Hebrew University and completed one year of a psychiatry and psychosomatic disorders externship at MedStar Washington Hospital on Irving Street, NW in Washington, DC — she knew she could contribute to the yoga discipline. Alba set out to integrate her medical and personal background into the benefits of yoga, building the union of body, mind and spirit. Alba is certified as instructor in Barre, Bikram and Yoga Spa, and she is pursuing additional yoga certifications. Building this strong foundation allows Alba to approach her yoga teaching with inspiration and playfulness, leaving her students feeling refreshed, nourished and balanced within themselves. 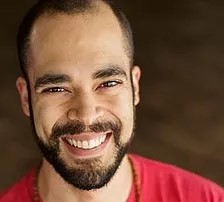 David has been teaching the 26&2 Hatha series since late 2014. Since being introduced to the series in 2012, David practiced regularly, having fallen in love after his first class! David attended the Sterling Hot Yoga Works Hatha teacher training in September 2014, a four-week, 200-Hr, intensive training to learn how to teach the 26&2 series. David also took part in the Sutrin (vinyasa with weights) teacher training program. He has completed a 200-hour Vinyasa training with the Fluid Yoga that impacted his life as a teacher and a student in so many powerful ways. David is certified in Hot Barre and Inferno Hot Pilates. He’s always looking for ways to deepen his yoga journey and share that learning process with students. David has also been practicing massage therapy since 2009, with a focus on fascia and structural work. 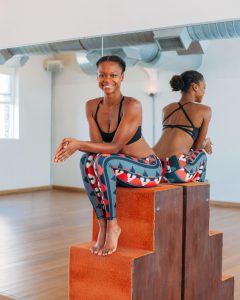 Movement has always been a part of Tara’s life, from gymnastics to dance, tennis to hurdles. During college she competed in the long and triple jump at a national level and was a dancer and choreographer with a dance company, which lead Tara to yoga as an alternative training method. Teaching movement has become a passion, and she’s been teaching dance since 2004 and teaching yoga classes since 2016.
Tara teaches yoga part time as she finishes up her PhD fellowship in Neuroscience at the National Institute of Mental Health. She is a compassionate yoga teacher and hopes to help students learn more about themselves as she prioritizes alignment over depth during her classes. She views herself as more of a guide than a teacher, and Tara’s classes are light-hearted and playful, with an emphasis on mindfulness. She aims to make her classes accessible for a wide range of students, and explains poses from the beginning to the advanced stage. Tara believes yoga is about growth and acceptance, not about the shapes you can contort yourself into, and she tries to impart that during each class. Over the past 10 years, yoga has impacted Tara’s life in so many wonderful ways and hopes to share that brilliance with as many people as possible!